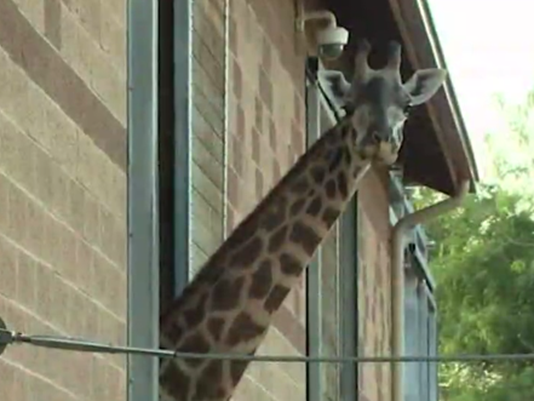 During the height of Harvey, there were about 60 staffers at the Houston Zoo who stayed with the animals

These staffers were part of what is being called “the ride out team.” They worked 24-hour shifts over several days to make sure all the animals in the zoo were safe during the storm.

Kevin Hodge, the head of the team, said they slept in different buildings throughout the zoo to keep a close-eye on all the animals.

Hodge slept in the bug house and despite the creepy crawlers all around him, he says he was safe in there.

“We have several buildings dedicated as hurricane-safe buildings,” said Hodge.