Hermann Park is a historic 445-acre space that is within easy walking distance to the Texas Medical Center, Rice University, and the Museum District – and the site of some of Houston’s most prominent cultural and recreational attractions.

One of the city’s most popular parks – and, dating back to the early 1900s, it is a must-see destination for visitors from around the world.  Hermann Park has also become a highly desirable place to live, offering a mix of business and pleasure that has drawn young professionals, students, singles and families, and homeowners and apartment dwellers.

But it’s the range of entertainment and education that makes the park truly captivating, and perfect for a day trip – or even two:

The park’s natural beauty has been preserved, protected, and enhanced by the Hermann Park Conservancy, a nonprofit citizens’ organization committed to upgrading and maintaining the grounds. In addition to overseeing stewardship, visitor service programs and park improvement projects, the Conservancy also operates and maintains the McGovern Centennial Gardens.

In 2005, the Conservancy earned the General Design Award from the American Society of Landscape Artists for improvements it made to the park – specifically The Heart of the Park project, whose centerpiece is a 740-foot long and 80-foot wide reflection pool flanked by pedestrian plazas. In 2015, Hermann Park was named one of America’s Great Public Spaces designated by the American Planning Association .

Proposed by Precinct One Commissioner Rodney Ellis, the $30 million COVID-19 Relief Fund will help our most vulnerable residents pay… 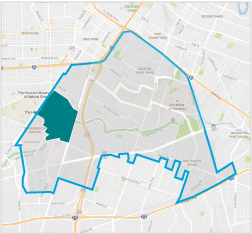