Houstonians Can Now Buy Their Own Customized Houston Blue Tiles 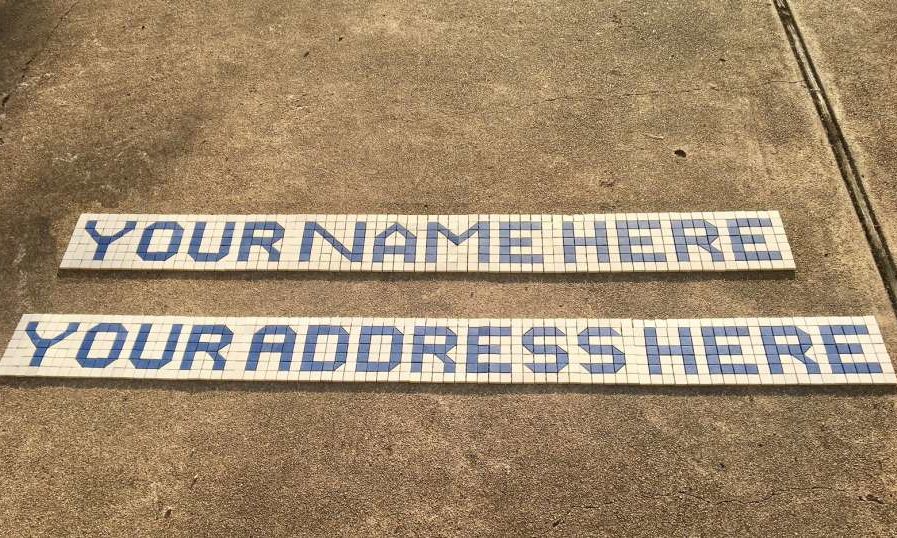 The man behind a crusade to preserve historic pieces of Houston’s roadways has introduced a way for locals to take part in the tradition.

If you have spent any time walking around Houston’s downtown area and the adjacent neighborhoods, you may have noticed vintage blue curb tiles announcing the names of the streets on each corner.

A man named Joey Sanchez, a downtown Houston resident and avid bicyclist, began collecting photos of as many of these distinctive blue tiles in the city as he could.

He soon started Instagram and Facebook accounts to collect the photos from his followers for his aptly-named Blue Tile Project. The blue tiles have even made it onto the cans of a special line of 8th Wonder Brewery beer.

This summer Sanchez launched an online store for fans of the tiles to create their own signs in custom blue tiles. They could make a great gift for Houstonians or Houstonians who are homesick and live elsewhere.

The letters are $15 a piece with Sanchez donating all funds raised back to the Blue Tile Project, which hopes to restore some of the blue tiles that have been lost to development.