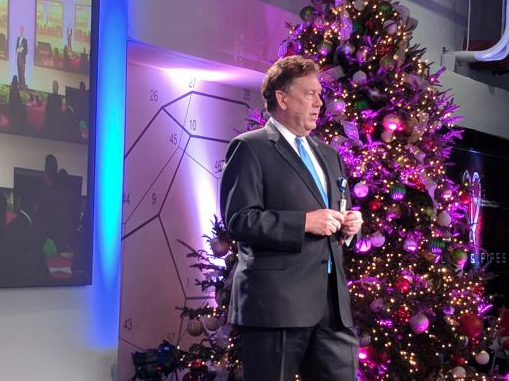 Educate, communicate, collaborate, innovate. That is the stated goal of Pumps & Pipes, the day-long conference that celebrated its 11th year at the TMC Innovation Institute yesterday.

This year’s “Expanding Our Ecosystem” theme brought together a standing-room-only crowd of professionals to discuss innovations that connect the aerospace, energy and medicine industries.

From under the Earth to among the stars, experts from the fields described projects they were working on that utilized what Lumsden called “deploying the neighbor’s toolkit.”

“This is about reaching into the other person’s toolkit because that is there the solutions lie,” he said.

One of the focuses for this year’s conference was radiation exposure. Ochoa spoke about the development of Deep Space Gateway, a habitation module that astronauts would stay in for about a month at a time.

“We are looking to Mars, but the distance is a barrier to us, and human health is a factor with the amount of radiation to and from Mars,” she said. “We have to make sure that when astronauts get there, they can work productively and maintain life support.”

Kate Rubins, Ph.D, an astronaut and molecular biologist for the Johnson Space Center, discussed being the first person to do DNA sequencing of living organisms in microgravity. She said this kind of innovation could eventually be used to determine changes to genetic material over time as crew members, and the bugs they bring with them, are introduced to the International Space Station.

Harris County District Attorney’s Office: What goes up, must come down.