New Wiess Energy Hall Is Quite The Attraction 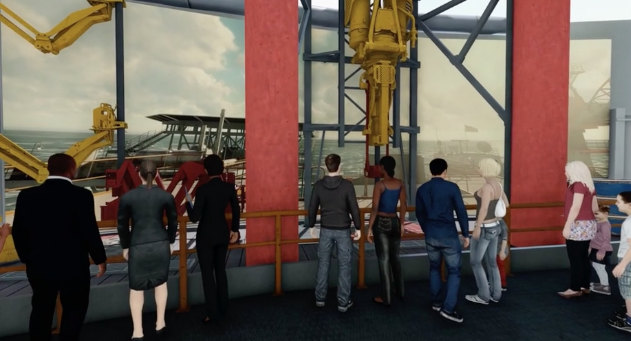 AFTER MOVING FROM THE FIRST FLOOR TO THE FOURTH, the new iteration of the Wiess Energy Hall at the Houston Museum of Natural Science boardering Hermann Park finally has the space to tell the story of the city that energy built. No, it’s not about Houston, but it is, for example, about the drilling technologies pioneered by Howard Hughes Sr. that powered the Texas Oil boom. And it looks at what the future of energy could be, with plenty of wind turbines and solar arrays scattered around the hall.

At 30,000 square feet, the new hall is roughly the size of a football field, providing HMNS plenty of room to pack in more information about drill bits that you could ever ask for. Massive, gyrating rock eaters hang overhead not far from a wall explaining—in great detail—the techniques used to map the layers of rock for potential oil reserves. Different stations dissect the types of crude, offering a chance to turn a wheel to pour samples that illustrate the various colors and consistencies.