Rice and UH Show Their Love for Houston with Uniform Upgrades 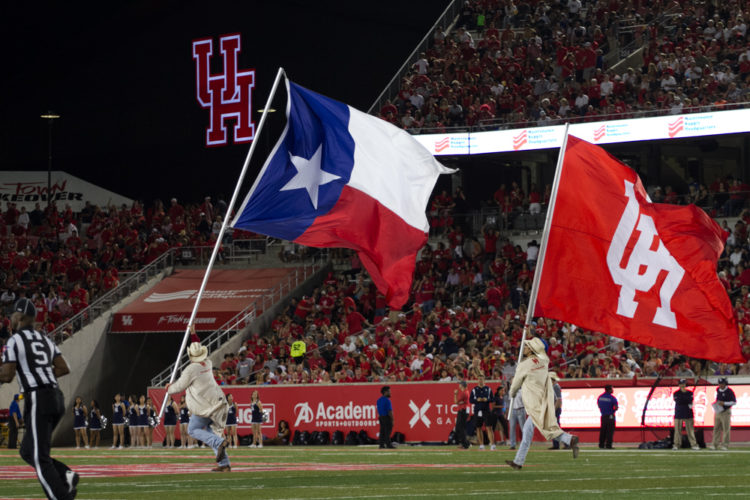 Saturday night was the first game of the season in Houston for both the University of Houston and Rice University. In wake of Hurricane Harvey, the two teams showed off their love for the city with uniform upgrades: UH wore “Houston” nameplates on the back of their jerseys, while Rice’s helmets donned the map of Texas, with a heart where Houston is, and their patented old English “R.”

“It’s cool to show the city is unified,” Cougars quarterback Kyle Allen said. “It’s a rivalry game, but after all Houston has been through recently, we’re unified as a city. We’re here to give back and help rebuild the city.”

The teams came together with a pre-game handshake that showed it wasn’t just about the game, it was for the community and was greatly needed after Hurricane Harvey.

“It’s just a sign of solidarity towards our community,” Houston head coach Major Applewhite said. “There’s a lot of people who graduated from both of these fine schools and still live here, and, at the end of the day, this is a great thing for the city of Houston, this game is, and I think we should do it every season.”

UH started the game with a bang and showed no mercy to the Owls, letting them know that the Bayou Bucket was going to stay in Cougar territory.

“We gotta challenge ourselves, be very humble in our approach, and realize that we played with leads, and that, some point, you’re going to play with a deficit and we gotta get ready for a great team that can do that to you, that can score a lot of points, so we’ve got a lot to improve on,” Applewhite said.