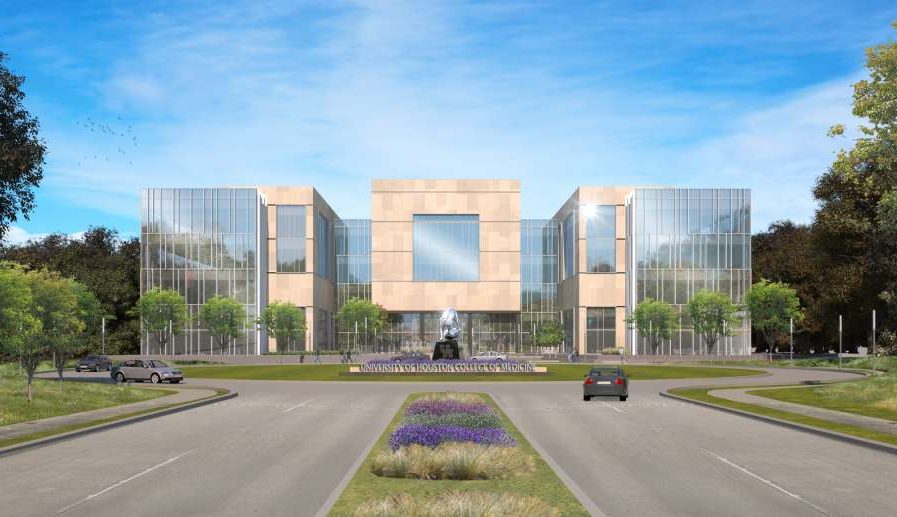 The University of Houston unveiled renderings for its planned medical school building, a modern four-story building with lots of glass and a sleek, boxy design.

The unveiling highlighted a celebratory event at the Houston campus featuring Gov. Greg Abbott signing a ceremonial bill establishing the UH College of Medicine. Abbott signed the actual bill in May, following its passage in the Texas Legislature.

The medical school is currently under accreditation review by the Liaison Committee on Medical Education. It will be the first new medical school in Houston in nearly half a century. Plans call for the school to focus on primary care in underserved areas, a huge need in Houston and the state, given projected doctor shortfalls. Officials hope to begin admitting students in fall 2020.

After a spring groundbreaking, the building is expected to be completed in summer 2022. Students will attend classes in an existing UH health building until then.